An entire month of teachings on systematic oppression have unfolded right before our eyes; many will miss its intended lesson, however. If you have not heard about the recent plot to remove the first African-American president at Western Illinois University, Dr. Jack Thomas, by the incumbent Board of Trustees, listen closely. Diverse: Issues In Higher Education recently covered how the disgruntled community blames President Thomas for the pending financial shortcoming due to low enrollment. In recent weeks, Macomb, Illinois, was showered with signs declaring, “Fire Jack!” and one prominent “Fire Jack Support WIU” on the marquee of a dilapidated theater. According to the 2018 United States Census data, Macomb has a total population of 17,559 with 86.9 percent of the community identifying as White alone. Only 7.5 percent of the population identifies as Black or African-American; whereas, at Western Illinois, as of 2018, Black or African-Americans, and the Hispanic populations make up 18.8 percent and 11.3 percent respectively. 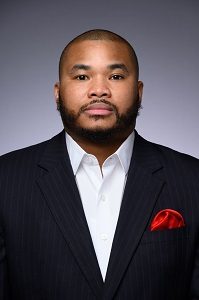 The campus of Western Illinois University serves as the premier agent for cultivating a community that is supportive and diverse. Furthermore, there are systematic monopolies in the Macomb community unopen to some if any of the tenants surrounding the changing demographics of higher education. In many college towns, institutions and communities tend to marry and support one another. However, when customs and practices still seek to benefit the dominant social group, there will be instances where individuals are put up against dynamic and complex organizations. The underlying tensions between Macomb, Western Illinois and President Thomas mirror a stark resemblance to the current dysfunctional presidential administration. The agitation started when the faculty at the university voted no confidence in 2018. Amid a recent budget impasse of no appropriate funding for more than two years coupled with the drop in enrollment at most public universities in Illinois, the system started to murmur and complain.

Even prior to the vote of no confidence, members of the Macomb community have toyed with the thread of oppression and racism.

While the attention rests on the debacle at Western Illinois, my attention has shifted to the peer institutions within the state. Seeing as this budget impasse is not a result of the mismanagement of funds at Western Illinois specifically, but rather a failed bipartisan agreement between state officials, where is the vote of no confidence from other institutions? How about the yard signs that call for the support of the ‘good ol boys’ and institutional oppression? The reason alludes to President Thomas being African-American and among the scanty 8 percent of all African-American college presidents, according to the American Council on Education in 2016. The historical narrative and exclusion of marginalized populations to education and economic stability precedes the inception of institutions of higher learning. While combing through many institutional websites and news articles, I can attest that no other college president in the state has been criticized about the budget, enrollment or faculty satisfaction similarly to Dr. Thomas.

Articles published this year have attributed the decrease of White enrollment at Western Illinois to ‘White flight’ and has claimed that President Thomas is seeking out Black and Hispanic students only. Furthermore, a faculty representative at Western Illinois has requested the incoming board to deny the ‘Kool-Aid’ offered and take strong critique of Thomas’s performance. Again, institutional oppression can be casual, often invisible, but supported by society and the dominant institution. The dominant institution currently in Macomb resides in White privilege, oppression and power. Since President Thomas represents an identity associated with a marginalized group, he is automatically associated as not being a ‘team player’.

The hidden context behind associating oneself as a ‘team player’ means you are in support of its culture or norms, and you become invisible to those unaffected by it. Yet, the system became more agitated as President Thomas cultivated polices in response to the changing demographics of higher education enrollment, striving to remain visible and keeping the university afloat which was a request of the previous Board of Trustees. For too long African-Americans and other marginalized communities have been penalized and excluded for reinforcing an equity mindset to organizational governance. The distasteful acts of blatant and coded racism by news reporters, community members and faculty at Western Illinois are all constant reminders of the measures African-Americans are forced to endure while navigating institutional politics.

“Organization is, rather, a highly education process in which leaders and people together experience true authority and freedom, which they then seek to establish in society by transforming the reality which mediates them,” (Freire, 2000, p. 179).

Dr. Adriel A. Hilton is dean of students and diversity officer at Seton Hill University.