Why Does Harvard Have a Police Force? - Higher Education

In April and May, student protesters at Johns Hopkins University engaged in a civil protest against the establishment of a police department on their campus. As the university moved towards rolling out the police force, they quashed the students’ protest with the help of the Baltimore Police Department. While Johns Hopkins may have won the battle against the student protestors, the students’ activism has opened the door for other students around the country to attempt to preempt the establishment of police forces at their own universities. The students’ activism has also opened the door for other students to demand that their universities justify the maintenance of police forces where such forces have already been established, as is the case at Harvard University, where I attended law school for the past three years. Through that door I go.

Today, it is perhaps more important than ever before to demand that universities justify their police forces. The campus-cop industry booms, and, according to a 2015 study published by the Bureau of Justice Statistics (BJS), 68 percent of American universities with at least 2,500 students employ police officers with the power to arrest, and 75 percent of the same employ armed police officers. 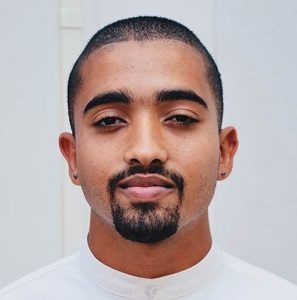 Harvard University has not justified its police force, and until it does, the force should be either disbanded or disempowered.

Officers of the Harvard University Police Department (HUPD), operating under the imprimatur of a private university, enjoy broad public powers, including the power to arrest, search, seize and do violence. This clash of the public and the private was brought to a head in the 2006 case Harvard Crimson, Inc. v. President And Fellows of Harvard College, which was decided by the highest judicial authority in the Commonwealth, the Supreme Judicial Court (SJC). The case began with a complaint filed in a Massachusetts state court in 2003 by the Harvard Crimson, Harvard’s student newspaper. The complaint named Harvard University, the HUPD and Harvard’s Chief of Police, Francis Riley, as defendants.  The newspaper sought to obtain HUPD records that it claimed were public records within the meaning of, and therefore subject to disclosure under, Massachusetts state law.

In the Harvard Crimson case, the SJC pointed out that “[s]ome officers of the HUPD have been appointed special State police officers pursuant to G.L. c. 22C, § 63, and some HUPD officers are deputy sheriffs in Middlesex and Suffolk counties,” deputized pursuant to another Massachusetts state law. This distinction comes with much difference.

HUPD officers deputized in Middlesex and Suffolk counties, where the cities of Cambridge and Boston are located, respectively, have the power to arrest in more than one jurisdiction — an incredible power that even the public, local police may not normally exercise. In fact, the deputized Harvard Police are authorized to exercise public power on Harvard’s campuses, located in Cambridge and Boston, and in all 52 towns and cities located across the two aforementioned counties, according to the complaint filed by the Harvard Crimson.

On the other hand, those Harvard police officers who have been appointed special state police officers are authorized to exercise public power only on Harvard’s campus, although they may, under certain circumstances, exercise this power within the “environs surrounding the campus,” as the SJC clarified and reaffirmed in 2013.

This poses an obvious problem for those who might come into contact with Harvard’s police force: how is one to know whether a Harvard police officer is abusing or acting outside the scope of their power if it is unclear what delimits and constitutes the power of a given HUPD officer? The complaint filed by the Harvard Crimson also suggested that some Harvard police officers may be deputized by the local sheriffs and appointed special state police officers, which provides for further complication.

Now, back to the Harvard Crimson case itself. The SJC, in the end, decided that the records maintained by the HUPD were not public records subject to disclosure, even though the force exercised considerable public powers.

Thus, the Harvard Police have been allowed to straddle the boundary between the public and the private, sliding to one side or the other, and thereby transmuting into either a private or public entity, depending on which designation serves their immediate interests. In 1973, for instance, during contract negotiations, the Harvard Police argued that they were more akin to public, city police than they were to private, university police when they sought pay on par with the former rather than on par with the latter. In the Harvard Crimson case some 30 years later, however, the university and its police department argued that the HUPD was a private, rather than public, entity in order to avoid unwanted scrutiny.

This delegation of public power to a private, publicly unaccountable institution should shock and concern those who might find themselves within the HUPD’s jurisdiction, perhaps especially those who are not directly affiliated with Harvard.

And so it has.

As early as 1984, Black residents in the City of Cambridge, where Harvard is principally located, along with minoritized Harvard students, attempted to rein-in the Harvard Police after incidents of racialized abuse. Unfortunately, those efforts seem to have led to little change in terms of the HUPD’s power, as they continue to exercise that same power with little oversight from either the public or students. Francis Riley, Harvard’s top cop and a named defendant in the Harvard Crimson case, argued in a 2018 op-ed in the very same newspaper that sued him fifteen years earlier, that the HUPD “has actively engaged in a community-oriented problem-solving philosophy” since he took over the department in 1996. But more than a decade after the HUPD embraced the so-called “community policing” model, similar complaints have been raised. Similarly, those complaints have brought about little in the way of observable change with regard to the power of the HUPD.

In short, Harvard Police serve two masters: the public from which they derive their power and the private institution from which they derive their wages.  In 1977, the training coordinator for the HUPD, William Backmun, lamented this predicament in the Harvard Crimson: “It’s very possible to be very professional in the way you enforce the law. But you have to be very cognizant of who you work for — which is Harvard University.” This tension runs to the very core of the HUPD, and other, similar police forces.

One might suggest that the HUPD’s existence is justified because the department protects students, staff, faculty, and the public from harm on and near Harvard’s campuses. After all, it has been observed that universities have recently developed a new conception of in loco parentis, which demands, among other things, heightened surveillance and policing of campus activities. Upon interrogation, it becomes clear that this argument has little to stand on.

It will probably not come as a surprise to the reader that crime rates on Harvard’s campuses are exceedingly low.  According to the data that Harvard releases pursuant to the Clery Act, a total of 197 criminal offenses were committed on Harvard’s campuses in 2017 (The reader will note that this figure is probably under-inclusive: the Harvard Crimson reported that there were 581 total reported criminal offenses in 2017.). Further, according to the Harvard Police themselves, 95% of offenses that occur on campus are offenses against property. This means that crime at Harvard, virtually without exception, does not implicate personal safety. As for the small number of personal offenses that are known to police and occur on campus, the Harvard Police seem to investigate mainly cases of sexual assault. Harvard Police do not appear to investigate other so-called serious offenses, such as assault with a deadly weapon, and when it comes to these types of offenses, the local, public police appear to do the heavy lifting.

In sum, the principal function of the HUPD is actually the protection of property, not person, and, when serious offenses that implicate personal safety occur near campus, the local, public police department takes the reins.

The establishment and empowerment of the HUPD was not inevitable. There are other ways to approach campus security, and one need not look far for comparators.

Boston University, MIT, Northeastern University and Tufts University are all private, coeducational universities with police forces located in the Cambridge-Boston area. These university police forces are not only armed, but exceptionally well-armed.  Harvard has taken a similar approach to campus safety.

In contrast, Lesley University, a private, coeducational university whose Brattle and Doble campuses directly abut Harvard’s, has no police force. While Lesley is smaller than Harvard is, they seem to be doing relatively well with unarmed, undeputized public safety officers: Lesley’s Clery Act data suggest that in 2017, 45 offenses implicating personal safety were committed on its campuses  (Notably, the vast majority of these offenses were reportedly committed by a single person who is alleged to have fondled another person 35 times, which constitute 35 separate incidents for the purposes of the Clery Act even though they were all reported at the same time.).

To be clear, there is no acceptable number of personal offenses; even one such offense is too many. The Lesley University experience is meant, however, to make clear that in the absence of armed, deputized police officers, crime on a private, coeducational university campus does not necessarily run rampant. But Harvard has chosen to maintain an armed, deputized police force, thereby privileging one model of campus safety over the other(s). Harvard should be called upon to provide justifications for so choosing and privileging.

At bottom, this is a question about the relationship between public power and private, unaccountable institutions. More specifically, it is about whether an institution like Harvard should be able to maintain a private police force equipped with fully public powers.

At Harvard, students can learn from the Johns Hopkins activists, who have done much to bring the issue of university policing to the forefront once again. If Harvard wants to maintain its private police force, then Harvard should provide very good reasons as to why it should be able to do so. If Harvard does not provide such reasons, then it will have failed to justify the existence of the HUPD. While any unjustified institution should be abolished without undue hesitation, unjustified institutions that make people less safe, like university police departments, should be abolished forthwith.

To date, Harvard has demonstrated no actual, legitimate need for their armed, deputized police force. There appear to be only exaggerated, potential needs that reflect and foment irrational fears of crime. Until Harvard provides the requisite justification, the HUPD should be disbanded or, alternatively, disarmed and disempowered.

With that, I ask: why does Harvard have a police force?

Michael Arjun Banerjee is a recent graduate of Harvard Law School. Starting in August, he will be a Ph.D. student in Jurisprudence and Social Policy at UC Berkeley.