Amid COVID-19, Doubling Pell Grants is the Next Urgent Need for HBCUs, Says UNCF - Higher Education

The United Negro College Fund (UNCF) is soon going to pitch for doubling Pell Grants so Black and other minority students consider attending college an attractive option despite the widespread economic havoc caused by the coronavirus pandemic.

A UNCF spokesman said the group is happy the Department of Education on Thursday said it has made available the $1 billion-plus allocated to minority-serving institutions (MSIs), including HBCUs, by the coronavirus stimulus package under the CARES Act. Still, said UNCF’s Lodriguez Murray, more needs to be done for marginalized communities. 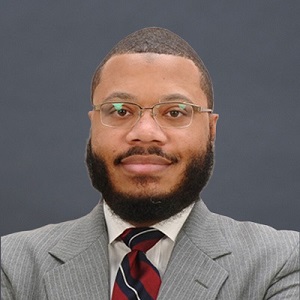 Murray said evidence shows that minority communities, especially African Americans, have been disproportionately affected by COVID-19. Therefore, he said, Congress should make a proportional investment in these communities.

“So, reduce the disparity in education and health care,” said Murray, UNCF’s senior vice president for public policy and government affairs. “So, double the Pell grants and research and development money for minority health professionals … so [that] young students can say, ‘I think I can go to college now despite COVID-19 impacting my family’s life.’ Pell Grant doubling will make education more attractive.”

Murray called education “a trampoline” and cited studies that show Black students “with an HBCU credential earn a million dollars more in their lifetime” than those without one. Therefore, he said, in this time of pandemic, it is important to pay them special attention. It will also, he said, “help increase the pipeline for minority healthcare professionals” and also increase their purchasing power.

The call for doubling Pell Grants is then going to be the next COVID-19 battle cry for UNCF, and likely for other MSIs.

“We want to make sure that despite the good news of yesterday that institutions that have been historically underinvested in by governments — federal and state — and philanthropy, don’t get left behind,” said Murray.

The “good news” he is referring to is that Thursday’s release of funds for MSIs comes with fewer restrictions than the allocations made last month for all higher education institutions. MSIs, including HBCUs, aren’t restricted from using these funds for recruitment, for reimbursing costs incurred before March 27 and for replenishing other pandemic-related revenue losses, Murray said.

In its announcement Thursday, the Department of Education said institutions are eligible to use these funds to establish or upgrade technology needed for online learning, to use as grants to cover the costs of attendance for eligible students, and for training faculty and staff. These funds may also be used to cover operational costs, such as lost revenue, reimbursements for prior expenses and payroll.

Secretary of Education Betsy DeVos said that the funds amount to $1.4 billion. The UNCF said the number is $1.04 billion, and the Thurgood Marshall College Fund (TMCF) said it is $1.046 billion.

These funds are part of the $14 billion allocated under the CARES act for higher education. However, they are separate from the general $12.2 million that was allocated — and disbursed last month — for all higher education institutions, including MSIs.

In March, a host of advocates — including UNCF, TMCF, OCA-Asian Pacific American Advocates, the Hispanic Association of Colleges & Universities (HACU), the National Association For Equal Opportunity in Higher Education (NAFEO), and the American Indian Higher Education Consortium (AIHEC) — along with Senators Cory Booker (D-N.J.) and Doug Jones (D-Ala.) lobbied hard for these special funds for HBCUs and MSIs. They argued that MSIs mostly serve first-generation learners and low-income students and are already under-resourced. The coronavirus pandemic has stretched them thinner. Of the total student population of HBCUs, for instance, 45% are first-generation and 75% are Pell-eligible.

After Devos’ Thursday statement announcing these funds were made available, both the TMCF and the UNCF expressed appreciation.

“This funding will not only help to offset the myriad, unanticipated costs that our schools have had to incur in trying to navigate the ongoing health emergency, but these funds will also give our schools resources to ensure the continuity of instruction into the summer semester and to begin developing contingency plans for the upcoming school year,” said Dr. Harry L. Williams, TMCF’s president and CEO, in a statement.

Dr. Michael Lomax, UNCF’s president and CEO, said HBCUs need these funds for issues specifically related to the pandemic. However, he also cautioned that the infusion won’t solve all the problems HBCUs face.

“One of our member institutions approached us on March 12 to tell us that, without help, the institution would be in a deficit of $2 to $4 million because of the coronavirus pandemic alone,” said UNCF’s Murray, in a statement. “HBCUs operate closer to their margins, and because of looming threats, our institutions simply cannot close the year in the red because of the financial strain and duress of COVID-19.”

MSIs and HBCUs face myriad financial strains. The sudden shift to online teaching since the pandemic forced campus shutdowns in March has involved large investments in technology. Many institutions have struggled to find the funding to make these investments.

Booker and Jones flagged this issue in their March letter, when they cited the example of Morehouse College in Atlanta, Georgia, which at the time didn’t have access to mobile learning technology and had to buy 1,000 Wi-Fi hotspots for students to use.

Many students at these institutions don’t have the money for travel. So MSIs and HBCUs have also had to cover these expenses for students who had to return home when campuses shut down. A lot of students at these institutions are from low-income families who can’t afford another mouth to feed. Colleges then have had to cover costs for those students whose circumstances prevent them from going home.

“Title III and V and VII institutions are a refuge for the communities of students that they serve, and in these uncertain times they are needed now more than ever,” Booker and Jones said in their March letter.

DeVos in her announcement about the funds being made available for these institutions acknowledged the importance of HBCUs and other MSIs.

“This Administration is committed to the success of HBCUs, Minority Serving Institutions, and the students they serve,” said DeVos in a statement. “Each institution is unique and is an important part of this country’s educational fabric. By providing additional support to these important institutions, we can help ensure they emerge from this crisis stronger than before. I encourage these institutions, like all others, to use these funds to provide emergency grants to students during this challenging time, and to expand remote learning programs and build IT capacity.”

Last month, the Department of Education also made available separate funds allocated under the CARES Act to two other MSIs.

Howard University, an HBCU, was allocated $13 million while Gallaudet University, a federally chartered private university for the education of the deaf and hard of hearing, received $7 million.