Upset with the behavior of local law enforcement during what it said were peaceful protests, Clark University will discontinue its use of off-duty police officers and suspend its policy that requires a police officer at large student events.

Four Clark students of the Worcester, Massachusetts-based university were among several arrested on Monday during local protests against the death of George Floyd. 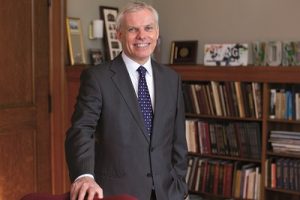 The university “must and will provide unequivocal support to our students,” said president David P. Angel and president-elect David B. Fithian in a statement.

“A peaceful protest in downtown Worcester in the early evening was followed by a smaller protest in our Main South neighborhood,” the university officials’ statement said. “The Worcester Police Department responded to the Main South protest with a large number of officers in riot gear and the use of pepper spray. We do not at this time know the full circumstances or details of these events. What we do know is that the police actions we have witnessed are unacceptable and a source of dismay to all within our community.”