Campus Police Are Under Scrutiny for Racial Profiling. It Isn’t the First Time - Higher Education

Campus Police Are Under Scrutiny for Racial Profiling. It Isn’t the First Time

In 2013, a campus police officer stopped Dr. Brenna Wynn Greer, a Black associate professor of history at Wellesley College. She was moving her car to avoid a construction zone in a campus parking lot when the officer asked her why she parked there.

“In the history department.”

“I don’t recognize you,” she remembers him saying. “You can’t just park here. People can’t just come onto campus and park.” 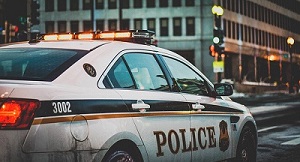 Greer recounts this conversation in the sing-song cadence of someone who has told it several times before. She recalls assuring campus officers of her faculty status on at least three separate occasions since she started at Wellesley in 2011.

“I never had as many interactions with law enforcement as I have at Wellesley College,” she said.

Greer has noticed improvements to campus policing since 2016 when Wellesley College’s first Black president, Dr. Paula Johnson, assumed her role. But she feels like her relationship with campus police irrevocably changed after these experiences in her early years at the college.

“It’s not only that I fear them,” she said. “I have anger, immediate anger. I don’t have respect for them, even if they deserve it. My instant reaction is to avoid or resist.”

As protests continue across the U.S. in memory of George Floyd, a Black man in Minnesota who died after an officer pinned his neck to the ground, the country is embarking on a national conversation about racism in policing, causing universities to reflect on their own campus policing practices.

In the past academic year, racially charged incidents have repeatedly forced universities to reckon with racial profiling in campus policing.

In April 2019, Barnard College safety officers pinned down Black Columbia University student Alexander McNab after he refused to show ID when entering the library. While checking ID after 11 p.m. was standard at the school, students protested the security’s use of force, arguing the rule was selectively applied.

Five months later, a viral video showed Gianna Wheeler, a Black student at American University, being forcibly removed from her off-campus university housing by six campus officers. The police visit was intended to be a wellness check, according to Black Lives Matter DC.

“The emergency response in this situation involved hours of intervention and de-escalation engagements before what was seen on the video,” the letter read. “Concerns about the video and a subsequent campus protest have led to questions from our community and beyond about American University’s commitment to Black students and the role and procedures of the AU Police Department in responding to emergencies or crisis situations.”

In February, an officer at the University of California Irvine (UCI) arrested Shikera Chamndany, a Black alumna, for entering a campus building on lockdown and allegedly assaulting a police officer. Unaffiliated with the student protest that led officers to close the building, she was there to pick up her transcripts. Chamndany spent a night in Orange Country Women’s Jail on Feb. 20. The UCI Faculty Association released a statement expressing concern and the Black Student Union continues to circulate a petition calling on the university to release the officer’s body camera footage showing the incident.

In response to an inquiry from Diverse, the university wouldn’t comment on Chamndany’s case because of “the active nature of our discussions and the individual’s desire for privacy.”

But universities, including UCI, are using this national moment to reform campus policing.

A university statement on June 9 announced new steps “to further align the UCI Police Department with our commitment to inclusive excellence and confronting anti-Black racism,” signed by Dr. Douglas Haynes, chief diversity officer and vice chancellor for equity, diversity and inclusion, UCI chief of police Elizabeth Griffin and Ronald S. Cortez, CFO and vice chancellor of the division of finance and administration.

Among other measures, UCI’s Office of Inclusive Excellence will administer a campuswide survey on interactions with the police; a member of the department’s command and one patrol will complete UCI’s Inclusive Excellence Certificate Program; and diversity officers will review complaints filed against members of the UCI Police Department each quarter.

Wellesly’s Greer described this moment as a “perfect opportunity” for campus police departments to “lead by example” and demonstrate equitable law enforcement on a smaller scale. She’d like to see campus police more actively involved in community engagement, less armed and more aware of how past interactions with police may affect their relationships with people of color, creating a need to approach them differently.

“Campus police have to understand that for faculty, students, staff of color, for many of us, it doesn’t matter that they’re campus police. They’re police,” she said. Based on past experiences, “they’re not who we call. They’re not who we trust. And they have to work extra hard to change that dynamic.”