A federal judge in Spokane, Washington, has for the most part blocked an education department rule that restricts emergency CARES Act pandemic aid to students eligible for federal student aid, giving more college students in the state a lifeline during the pandemic. 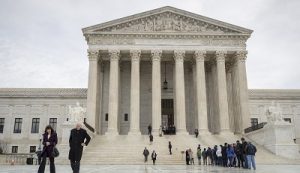 The injunction granted by the judge late on Friday does not however apply to undocumented students who will still be barred from emergency pandemic aid.

The judge’s decision came a day after the education department formally issued a rule, which was earlier a guidance, restricting emergency COVID-19 aid to students who met certain eligibility requirements. The department still faces a lawsuit in California, where the state’s community colleges system has also challenged restrictions on CARES Act aid. That ruling is expected any day now.

On May 19, Washington Attorney General Bob Ferguson challenged what was then the education department’s guidance that denied pandemic aid to “thousands of” college students in the state. On Friday, U.S. District Judge Thomas O. Rice agreed with Ferguson and called the education department rule “unjustified and inadequate” and said the restrictions were harmful to students.

“The disruption of campus operations due to COVID-19 has caused students at Washington colleges and universities to incur unexpected expenses such as food, housing, course materials, technology, health care, and childcare,” wrote the judge. “The harm to students that stems from the eligibility restriction is not only the inability to access [CARES Act] funds; the harm is in the inability to access these emergency funds in a timely manner.”

Even though undocumented students in Washington state are still barred from receiving aid, Ferguson called the Friday ruling a victory, saying on Twitter, “today we beat Betsy DeVos in court.” In a statement, he said his office is still analyzing how undocumented students will be affected.

“The Trump Administration’s unlawful decision severed a financial lifeline to thousands of college students struggling during the COVID-19 pandemic,” Ferguson said in a press statement. “I look forward to those students getting the help they need.”