Did the U of Mississippi Misrepresent the Move of a Confederate Statue? - Higher Education

Did the U of Mississippi Misrepresent the Move of a Confederate Statue?

Did the University of Mississippi misrepresent the decision last week to move a Confederate statue? Many students, faculty and staff who have been campaigning for the statue’s removal believe it did. 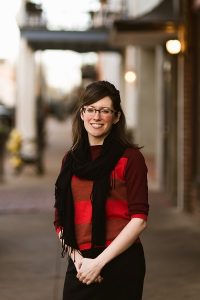 On June 18, the university said it is moving the statue from its prominent place on campus to a cemetery on campus that houses Confederate soldiers’ graves. What it reportedly didn’t say was that the statue was going to be at the center of a newly renovated cemetery with enhanced lighting that illuminates a brick path to the statue, reported Mississippi Today.

A rendering of what may be the plan for the relocated statue began circulating after the state college board announced the decision to move the statue.

“There’s a bench in the picture. Are you going to sit down on the bench and look at it? That’s not education, that’s glorification,” said Josh Mannery, Associated Student Body president at the university. “I think that somehow, if this ends up being true, they managed to make the relocation worse.”

The university said the moving and renovation plans – that will cost $1.15 million and will be privately funded – aren’t official.

Many students, faculty and staff are not convinced. Anne Twitty, associate professor of history at the university, said she’s concerned about the lack of transparency in plans to relocate the statue.

“Just the second you think that you finally achieved your goal, you find out that there’s now a new front in what seems like a never-ending war,” Twitty said. “That’s very frustrating. And it’s like all this is happening because they weren’t transparent with us. They didn’t tell us what was going on. And they promised us that they would.”