The report, “and they cared:” How to Create Better, Safer Learning Environments for Girls of Color,” highlights racial and gender disparities experienced by females of color while earning an education.

“We want to give students, families and school districts the tools to change school climate, so that girls are no longer being suspended for reasons that are informed by adults’ race and sex biases–offenses like ‘willful defiance’ and dress code violations,” said Emily Martin, vice president of education and workplace justice at NWLC. “We want to spur school districts to abandon criminalization models and reliance on school police and instead focus on creating healthy, sustaining communities within schools.” 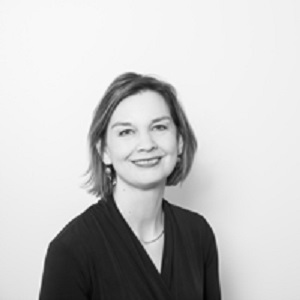 “One of the reasons why it is so important to create school climates in k-12 that value equity and respect and social emotional health, is that otherwise lots of girls will never make it into higher education because they have been robbed of the educational experience that is a foundation for college and beyond,” said Martin.

Dr. Terri N. Watson, an associate professor in the department of leadership and human development at The City College of New York, said Black girls have their own “unique set of challenges” such as racism and anti-Blackness.

“They are not seen in their full light because they are Black girls,” she added. “They are considered different or they are marginalized even more so than just by patriarchy, meaning Black girls have to deal with this Blackness. What does it mean to be a Black girl? Those unique challenges include being objectified, sexualized, to be thought to be older, and not to be considered children.”

The guidelines analyzed policies that were implemented at Oakland Unified School District in California (OUSD), Chicago Public Schools (CPS) and Massachusetts legislation which aimed at breaking down these barriers.

At OUSD, school discipline data aggregated by race and gender, is publicly available online and schools are required to review data and take action to address misuse of discipline policies. Schools within the district are also prohibited from suspending students or sending them to the police for dress code violations. Additionally, California law bans school districts from suspending k-5 students for “willful defiance,” according to the guidelines.

As a result of these initiatives, OUSD has seen a decrease of out-of-school suspensions. For example, during the 2011-12 school year, 12% of middle school girls were suspended in the district but the number decreased to 6% by 2018. During the same time, high school girl suspensions dropped from 8% to 5%, the report found. 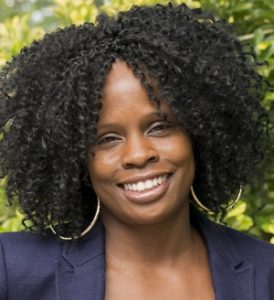 At CPS, restorative justice programs have been created to include school counselors and restorative justice facilitators, suspensions ended for pre-kindergarten through second grade students and dress codes are required to be gender neutral and ban classroom removal. According to the report, in 2012, Chicago suspended 1 in 3 Black girls. However, by 2018, the number dropped to 1 in 12.

Lastly, in 2012, the Massachusetts legislature passed the Chapter 222 law, which “reduced the out-of-school suspensions for minor infractions by requiring educators to first try alternative methods such as restorative justice or positive behavioral interventions and supports,” the report said.

Overall, to create a safer learning climate, the guidelines also recommended that schools should have curriculum in which students can see themselves represented.

“We hope that as a result of this guide, schools recognize that they need to specifically be asking, how Black girls, Native girls, Latinas are faring,” said Martin.  “That schools identify the ways in which their policies and practices can push girls out of school and out of opportunity and that schools take concrete action to reform these policies and practices and measure the impacts of reform.”

Watson said schools have the job to not only teach but “help young people grow and learn.” To do that, schools must ask them about their specific needs.

Additionally, schools need to have more representation among Black female teachers. There have been ongoing efforts to increase the number of Black males entering the teaching workforce, but not enough has focused on females of color, said Watson.

“I think Black girls and girls of color, they need the same type of resources available to them,” she said. “And yes, it’s happening now, but not on the scale that is happening for boys.”

Putting a national spotlight on issues that impact girls of color has been the work of leading organizations and scholars like law professor Kimberlé Williams Crenshaw. In 2016, the Center for Advocacy and Philanthropy at the Educational Testing Service (ETS) convened a two-day conference for educators, public policy officials, philanthropists and community advocates to discuss challenges and barriers impacting girls of color.

Bright Futures: Improving Education and Transforming Outcomes for Girls of Color sparked a national conversation about the support and resources needed to make meaningful advancements toward higher education, considering the numerous disparities that persist for young girls of color.

Board Upholds Firing of Missouri Professor who Protested

Colleges Trying to Find Ways to Deal with Racial Incidents