Earlier this week, Dr. Cornel West, professor and activist, threatened to leave Harvard University after his request to be considered for tenure was denied. 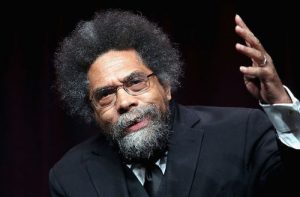 Over 130 doctoral students have released a letter challenging Harvard’s decision and standing in solidarity with West.

“His influence on me personally and so many of my colleagues is immeasurable,” said Mafaz Al-Suwaidan, a Ph.D. student at Harvard. “He teaches us to center marginalized communities: the poor, the incarcerated, trans folks, people struggling under empire and neoliberal regimes all over the world. He reminds us that the Black tradition ought not to be studied as a subject only but an analytical lens and ethical praxis.”

In the letter, the students wrote that the loss of West at Harvard would “deal a devastating blow to an already near disenchanted community of color.”

West previously returned to Harvard in 2016 after a dispute with then-president Dr. Lawrence Summers led to his departure in 2002.

Throughout his career, he has authored books such as Democracy Matters and memoir Brother West: Living and Loving Out Loud.

Additionally, West has been politically outspoken on issues such as Palestinian rights.

“That sets an example for us in how a free and fearless thinker operates,” said Al-Suwaidan. “The University should be a space in which issues like this can be debated, not shut down.”

According to Al-Suwaidan, West is also one of the few Harvard faculty members who attends student activist events put on by organizations such as the Harvard Prison Divestment Campaign, the Harvard Palestine Solidarity Committee, and he also has supported Harvard Graduate Student Union strikes.

“In view of his record as a published scholar, teacher, and mentor, and his moral and intellectual contribution to Harvard and society more broadly, we urge Harvard to do what is right and just — grant Dr. West his much-deserved tenure,” the graduate students wrote.