Jim Ryan and Dr. Lawrence Bacow, the presidents of the University of Virginia (UVA) and Harvard University, respectively, have been criticized for what some say are their weak responses to the death of George Floyd, a Black Minneapolis man who died in police custody last week. 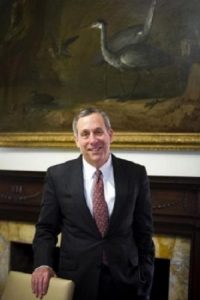 Bacow’s message to the university community starts with a paragraph on the impact the COVID-19 pandemic has had on “the globe” and the U.S. The letter contains one mention of Floyd, in the second paragraph, in which Bacow calls Floyd’s death “the senseless killing of yet another black person … at the hands of those charged with protecting us.” The rest of the letter consists of Bacow’s memories of riots and assassinations in 1968, his views on the Constitution and “the American Dream.”

For critics, Bacow’s message was empty of meaning, lacked emotion and didn’t address the issue of racism or the inequities Black people face in colleges and in the country.

“… as a Black graduate student at Harvard, I really urge the President’s Office to consider how this message misses the mark for so many students of color, especially Black students. we deserve better than this litany of platitudes,” said a Harvard student on Twitter.

One critic referenced the denial of tenure to renowned Latinx scholar Dr. Lorgia García Peña in expressing the view that few sentiments Bacow expressed were sincere.

“I appreciate President Bacow’s @Harvard letter, but words are meaningless without action. Students and faculty at Harvard have pushed for a comprehensive ethnic studies program for years. Make it happen! What about the tenure for Prof Garcia-Peña? No explanation?” said the critic.

Another critic, Dr. Caitlin DeAngelis, a history and literature lecturer at Harvard, spoke of the university profiting from slavery.

“Larry Bacow just sent out this ‘I believe’ email about loving the American Dream or whatever that doesn’t make any mention of the ways that Harvard has specifically profited from the enslavement and exploitation of Black people, nor what reparations he intends to pay,” DeAngelis said.

The Harvard Prison Divestment Campaign also had harsh words for Bacow. Students at the campaign have filed a suit against Harvard over the institution’s alleged investments in companies with ties to the prison industry. They allege Harvard’s endowment invests in prisons.

“Corporations like @Harvard are tripping over themselves to put out statements nominally in support of George Floyd. It’s nice to see them afraid but SHOW US YOUR MONEY! DIVEST FROM PRISONS and ABOLISH YOUR PRIVATE POLICE FORCE! PAY REPARATIONS TO BLACK PEOPLE!” the campaign said.

“… if you’re going to send a letter about values, take a meaningful stand or delve into the complexity we face. This statement, sadly, says nothing,” said another critic. 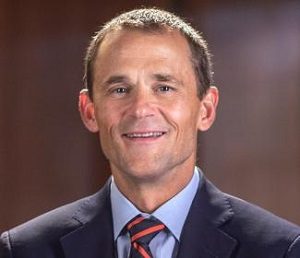 Meanwhile, over at UVA, Ryan’s statement upset many at the university. Floyd’s death, Ryan said, “disturbs, offends and saddens me deeply as a human being and as an American.” He then said that “violent protests” aren’t the answer.

“I don’t believe that violence is ever the answer, and we know that violent protests both backfire and often injure those who are already victims,” said the UVA president in his statement.

That didn’t go down well with Dr. Meredith Clark, assistant professor of media studies at UVA, who indicated in her comments on Twitter and to the campus newspaper, The Cavalier Daily, that Ryan didn’t address news reports that alleged “the police are directly instigating violence against unarmed citizens.”

“Whose violence?” Clark asked. “What violence? Hundreds, if not a thousand people protested [in Charlottesville, Virginia, where UVA is based] yesterday without incident. The violence that started all of this was certainly not the answer. The violence of withholding substantive support and assigning vague criticism certainly isn’t, either.”

“While I value the work being done, this [Ryan’s] statement has proven that there seems to be no real interest in 1. Supporting Black students at UVA in an explicit and direct way that calls out the racism that exists, and 2. recognizing the very VIOLENT history that this country has in oppressing Black people, in which the university has played a major role. (Eugenics, erasure of enslaved laborers) I refuse to be used to represent an institution that makes it clear that they do not care about me or others who look like me. Unless something changes, as I stated, I will be leaving the council,” Bryant said.

She told Cavalier Daily she will rejoin the council – created by Ryan in 2018 to strengthen its relationship with communities around campus – if the UVA president “explicitly” calls out racism.

A group of mostly Black students at UVA also issued a statement expressing disappointment that “there was no mention of the racial injustices enacted towards Black People” in Ryan’s statement.

“The lack of substance in [Ryan’s] statement and in the support from this school is a continuation of violence that students have endured since its inception in 1819,” the students said. “It is time for the University of Virginia to reevaluate its priorities and make a comprehensive culture shift. The University must directly address the injustices and inequalities that Black students, faculty, and workers face every day on Grounds.”

The students also recalled an incident from February when a Black student said there were “too many White people” at a new multicultural center on campus. They got no support following the incident nor was any action taken to preserve “one of the few areas designated for marginalized students,” the students’ statement said.

“… instead, there was a brief acknowledgment for the situation, which demonstrated complete indifference, in addition to a lack of accountability and compassion.”